We are in 1960: a fundamental year for the growing earthly dream of reaching Mars, a destination for conquest, the new frontier of science and the cradle of a good part of science fiction literature. Maybe the desire for exploration was born only to remove the doubts about the existence of the dreaded Martian spaceships of which Orson Welles, in his famous show of 1938, told the landing in New Jersey, reinterpreting to the radio “The War of the Worlds”  by Herbert George Wells.

But how far is Mars from the Earth and how long does it take to get there?

It should be added that the space missions are linked to launch windows of 2-3 months every 780 days, corresponding to the synodic period.

In the midst of the cold war, to create the embryonic basis for the desired conquest of the red planet are the Soviets that, thanks to their modern avant-garde space program, champion of scientific research and pride of the “agenda” on the recognition of the USSR as hegemonic superpower, in fact in October 1960 they launched two probes for the close fly of our cosmic neighbor: Mars 1960A and Mars 1960B. Both probes, however, failed in the intent, representing the first failure on which to lay the groundwork to start again with new pioneering momentum.

Between the end of October and the beginning of November 1962, a further Soviet attempt was made with the launch of two new space probes, which however did not even manage to leave the Earth’s orbit: Mars 1962A (called Sputnik 22 in the West) and Mars 1962B (Sputnik 24).

The fantasy in the names was still run-in, would be better in the future? … The first of November, always the same year, just because things come in threes, was launched the third probe: the Mars 1.

Also known as 1962 Beta Nu 1, it was the first of the Mars Program, designed to fly over Mars to 11000 km, to shoot and send photos of the planet’s surface, study its magnetic field, atmospheric structure and possible organic compounds, cosmic radiation and detect micrometeorite impacts. The probe transmitted data to the Earth 61 times providing a great deal of information on the interplanetary environment; the 21st March  1963, when it had traveled more than 100,000,000 km from home, communications broke off abruptly.

THE AMERICANS ARE COMING

In an increasing blow and response between the two world superpowers, in 1964 it was the turn of the U.S.A. through NASA make two attempts to reach Mars. The Mariner 3 and Mariner 4 probes were identical and their purpose was to carry out the first close upsets of the red planet. The Mariner 3 was launched on November 5th 1964 but the protective cover failed to open and sanctioned the failure. Three weeks later, on November 28th 1964, the Mariner 4 probe was successfully launched. It reached Mars on July 14th 1965 providing the first close-up images of a planet that was not the Earth. They showed impact craters similar to those of the moon, some of which seemed covered with frost or ice. Overall, the collected data gave the idea of ​​an inactive planet unsuitable for life and this led to a sharp reduction in interest for the planet itself, causing a reduction in subsequent missions and the postponement of a decade of the robotics exploration program surface.

On November 30th 1964, two days after the launch of the Mariner 4, it was the turn of the Russian probe Zond 2, with which communications were lost during the first days of May 1965. According to calculations, the probe flew over Mars on August 6th 1965 at a relative speed of 5.62 km / s 1500 km away from the planet. The real content of the Planetary Compartment remains a bit of a mystery: it was in fact supposed that the probe carried with it a simple lander able to land on the Martian soil.

NASA continued the Mariner program (started in 1962 with Mariner 1, Mariner 2 and later in 1967 with Mariner 5 to end in 1973 with Mariner 10 all probes with  target the planet Venus) with another pair of Mars close-up probes : Mariner 6 and Mariner 7, which were launched respectively on February 24th and March 27th 1969. Reached the orbit took 198 photographs, covering about 20% of the red planet’s surface. During the following launch window of 1971, started on May 30th, the Mariner 9 successfully entered the orbit after the failure of the Mariner 8 twin spacecraft. Together with the two Soviet Mars 2 and Mars 3 probes, it found a huge storm of sand going on at the planetary level. The mission controllers, while waiting for the storm to fade, photographed the moons Phobos and Deimos. Later, the same Mariner 9, left in orbit around the planet from November 1971 to October 1972, photographed the surface of Mars about 7000 times revealing the presence of large volcanoes and providing clues to the possibility that water was once present in the liquid state.

THE EVOLUTION OF THE MARS PROGRAM

Almost a decade after the launch of the Mars 1, and shortly after the failure of the Cosmos 419 probe, on May 19th and 28th 1971 the first human artifacts were launched to touch the surface of Mars: the twin Mars 2 and Mars 3 probes, both made up of an orbiter and a lander. The orbiter had to take pictures (they sent 60 in all), study the topography of the surface (they detected mountains 22 km high!), Monitor the magnetic field and act as repeaters for sending lander signals to the Earth. The Mars 2 lander crashed on the surface of the planet due to the non-opening of its parachute, becoming in fact the first object to “land” on Mars. The Mars 3 instead seems to be able to make a soft landing (circumstance put later in doubt by the Americans) and after 14 seconds the transmissions were interrupted due to unknown causes, probably due to a sandstorm. Within the two lander there was a small rover (PrOP-M) but it did not go into operation. The missions ended on August 22nd 1972 after 362 orbits completed by Mars 2 and 20 orbits by Mars 3. 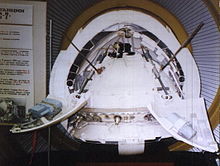 Copy of the Mars 3 lander conserved in the Lavochkin museum.

Between July and August of 1973, completing the Mars Program, the Mars 4 (21 July) and Mars 5 (25 July) orbiters and  flyby probes with Mars 6 (5 August) and Mars 7 land launches were launched from the Earth.

The launch window for the red planet of 1973 was inefficient, so the carrier was not able to send all the components of the mission as had been possible in 1971 (Mars 2 and Mars 3). For this reason, the mission was divided into four separate and lighter vehicles: two orbiter without lander and two orbiter with lander but without fuel. The political purpose of this mission was to beat the US Viking (planned for 1975) in order to be the first probe to make a soft landing on the planet.

Mars 4 reached Mars on February 10th1974, sending a series of images and some data on the radio occultation that constituted the first detection of the Martian ionosphere on the unlit side. Two days later, it was the turn of Mars 5. In total, data were collected during twenty-two orbits before a loss of pressure ended the mission. About sixty images were sent during nine days showing areas south of the Valles Marineris.

Mars 6 was successfully brought into Earth’s orbit by a Proton SL-12 / D-1-e carrier and then launched on a transfer route to Mars. He reached the planet on March 12nd 1974, and the descent module parted and entered the atmosphere as the probe collected data that was sent to be immediately transmitted back to Earth. The contact with the lander was probably lost when the rockets were turned on or when it hit the surface. The module transmitted 224 seconds of data before the loss of transmissions, including the first data sent by the Martian atmosphere. Unfortunately, due to a chip problem, most of the data was unreadable.

The same carrier for the Mars 7 that reached the planet on March 9th 1974, but due to a problem in the on-board systems (in attitude control or retroracas) the descent probe was separated prematurely and the planet of 1300 km was missing.

This is a translation of the article originally in Italian. 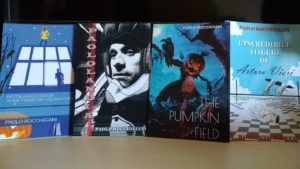 AC/DC -solo You shook me all night long- 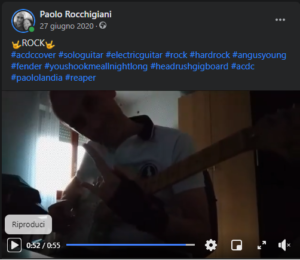 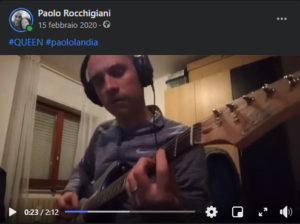 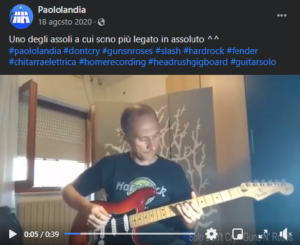